The Solar System meets the Mainbogen 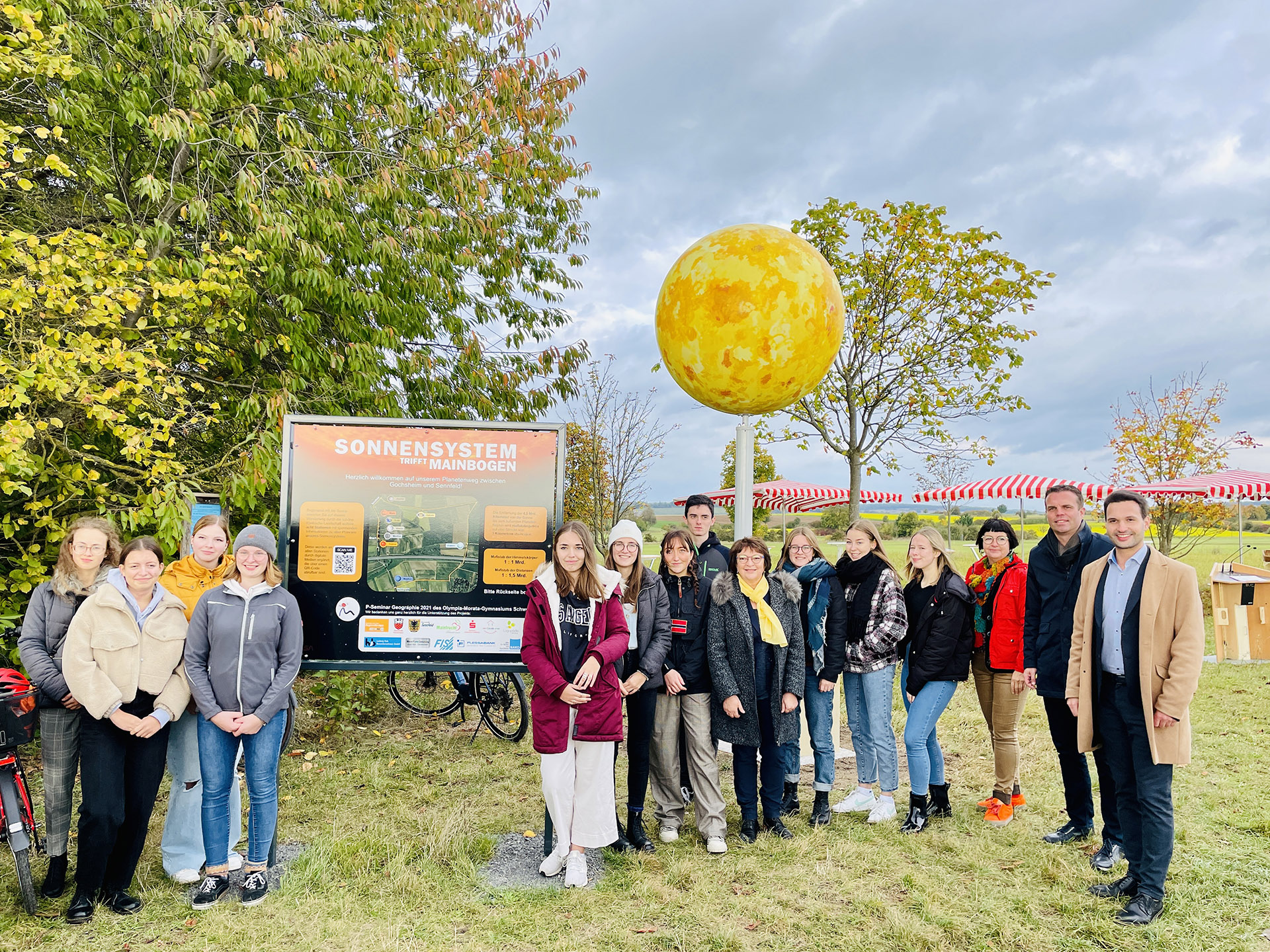 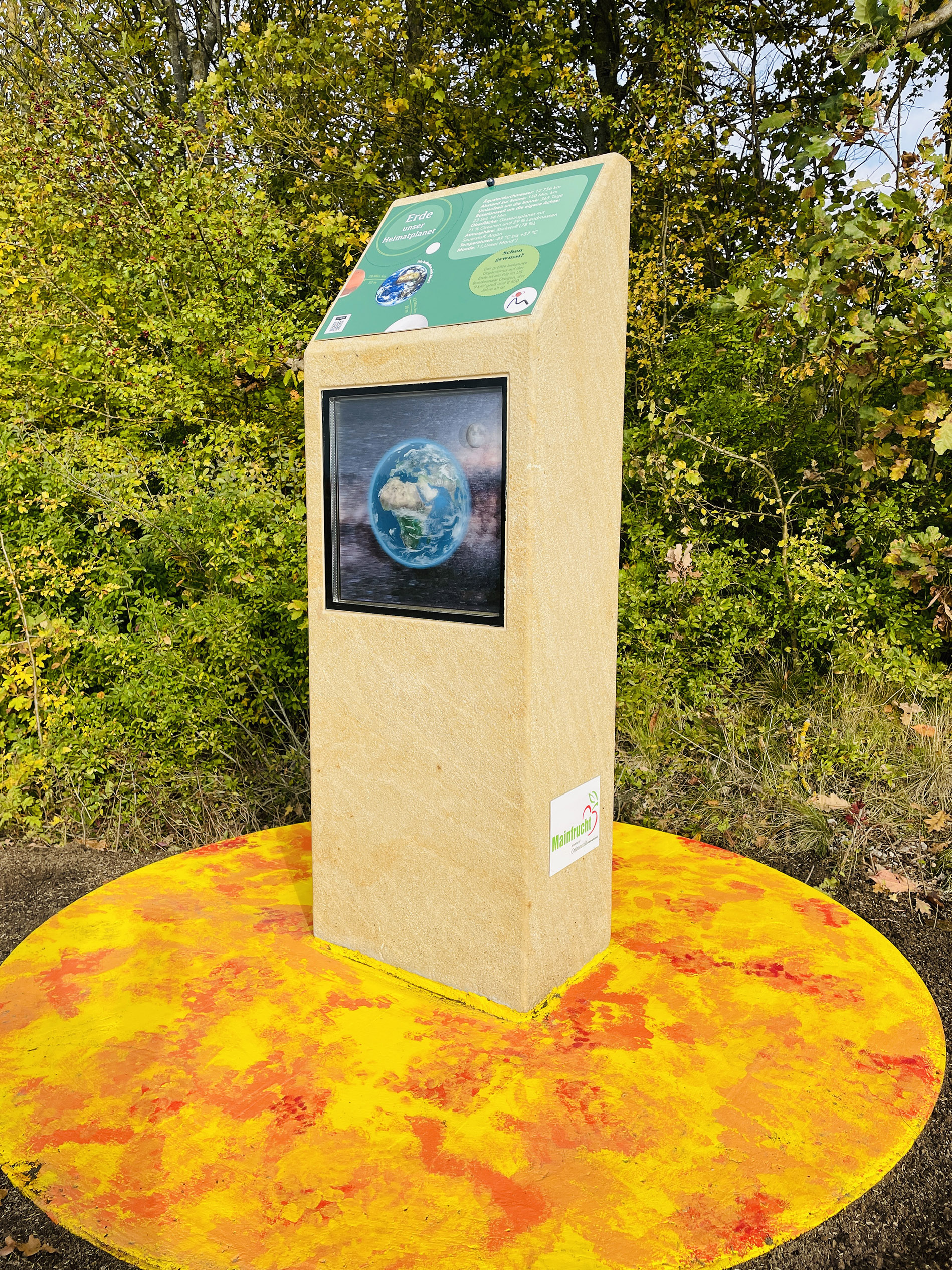 The P-Seminar of the Olympia Morata Academic High School led by director of studies Barbara Schug has created a planet trail between the Gochsheim and Sennfeld municipalities after months-long work. Starting with the Sun, all the planets of our solar system were placed true to scale on columns along the approximately three-kilometer hiking trail. A lot of interesting information about the respective planet can be found on the trail. The school received the support of many volunteers, among them scientific advisors of observatories, artists, craftsmen and stonemasons, as well as municipal employees, who performed the installations with the local students. We were very impressed by how the student vision has now became a reality, and the great effort made is recognizable in every detail. We gladly helped to support this fantastic project and are happy about “our” Earth, which will now hopefully delight all visitors of the planet trail.